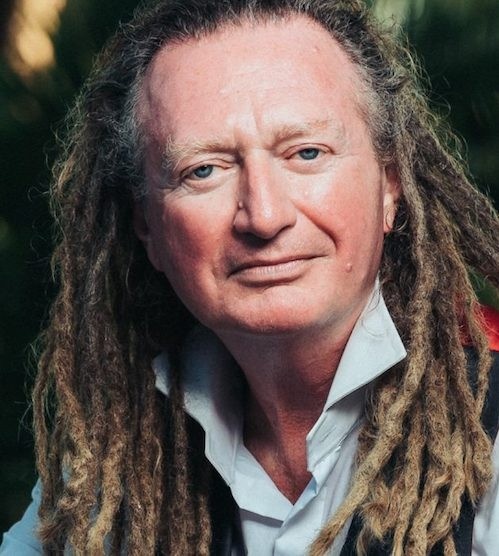 From Warm Up Act to Keynote

I was running a Speaking Business Academy event in Guildford in 2019, the attendees were a mixture of speakers, some had been in the business for decades others were just starting out.

And then there was Tom Morley. I couldn’t have imagined the journey that would follow for him. There are some useful lessons in positioning, goals and working with bureaus, managers and agents that I hope will help you.

Some people just don’t fit into the neat categories that we try to put them into, and Tom is one of those people. Tom’s a drummer. He was the co-founder and the drummer in the band Scritti Politti. He’d been doing team building events for years, but he wanted to transform his business and become a speaker, so he attended one of our events to get some ideas on how to make the leap.

You can’t underestimate the value of being seen by the right people and getting your timing right. So back to that day in Guildford. Tom talked me into doing ‘his thing’ for eight minutes after lunch. He told me it would get the energy up for the afternoon session. Picture the scene, there’s a group of slightly sceptical speakers in the post lunch slump sitting waiting for information on how grow their speaking business, when an extravagantly dressed bloke with grey dreadlocks and a top hat gives each of them a drum and ideas about what to do with it.

Within minutes everyone’s grinning from ear to ear, having a ball and working together. The energy in the room was amazing. The afternoon went off like a rocket.

Jamil Qureshi later branded Tom the Rockstar Activator; not because he’s a Rockstar  (even though his is), but because he has this uncanny ability to unlock the inner Rockstar of the people who attend his sessions. I witnessed it personally. But I wasn’t quite sure what to do with it.

I wanted to book him, but he didn’t fit the profile of what people were asking for at the bureau. Nobody had ever called us asking for a Rockstar Activator.

I knew that, despite how good he was, to get the bookings that he deserved he needed to be with a different bureau with the right opportunities.

I said to him, “Tom, give your next piece of work to a bureau to manage for you.” He wisely gave his next gig to Speakers Corner. Within a couple of months, they realised that he would benefit massively from proactive management.

“After the feedback from my first few gigs, Tim Gold (MD of Speakers Corner) said to me, “Tom, I think we could get you more work if you signed with Speaking Office, our speaker management company.”

“So that’s how it started. We had a meeting. It was weird. There’s Nick Gold, Tim Gold, Michael Levy – all big names in the business, saying to me, “Tom, let’s explain what we can do for you.” They were sort of pitching themselves to me asking, “Would you come and join us?“

Then I made this rapid rise.  They took care of all the paperwork, the negotiations, the logistics. I just have to turn up and do my thing. Through lockdown they were brilliant. I was delivering all over the world. They booked me for a great fee for 20 minutes in Chicago and I never even left my studio.  They’ve got me gigs at fees that I wouldn’t have asked for myself.  It’s not that I’m unaccustomed to those figures, because I used to get them team building, but there was an immense amount of effort that would go into selling it and getting instruments in and out of the venue and a whole lot more. There was none of that.

In my team building world, I’ve often opened for speakers. I’d get three grand for getting everybody drumming, giving them this real amazing team experience of harmony, interlocking rhythms, working together, team cohesion and playing to the beat. And then I’d be followed on stage by a speaker, who would say, “Hello, I’ve come to talk to you about team building; what we should do is all play and work together, blah, blah, blah.” And the audience would sit there and fold their hands, and all the energy I’d created would dissipate. I’d be in the van driving home with a load of instruments to put away, when this guy was off to the airport, 5 times my fee in his pocket.  I’d just provided an experience of working in harmony and he’d just talked about it.”

Tom decided, “I don’t want to do that talk. I wanted to see if I could move myself one point up on the bill from being the warmup act to the act itself. And that’s what’s happened. I now have this strange position in the market of being the team builder who’s coming into the keynote space. I think that’s a unique space that I’m carving out.”

Tom has successfully redefined his positioning and managed to successfully demonstrate that to the right people in the industry. They know how to propose him to clients and sell him effectively for the fee that he deserves. It also shows just how important it is to get yourself seen by people and invest trust in the right bureau or manager that knows how to sell you.

Need some help with your speaking business? Get in touch to arrange a free consultation here.